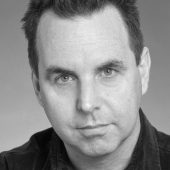 The first speaker after lunch was actor, writing and director Warren Coleman (@warrencoleman), who’s presentation discussed the need for play in storytelling. He discussed the process of co-writing Happy Feet and its sequel, and how playful activity often generates some of the best outcomes.

Warren was followed by Malaysian-born London-based filmmaker Arvind Ethan David (@arvd) from Slingshot Studios, who confessed to starting a film company to find out why film companies always lost money. His talk focused on the impact of digital on film making, such as the unexpected rise of user-generated content, and the emergence of programs such as The Guild or Dr Horrible’s Sing-Along Blog. His advice is to bake globalism into every project.

The final presenter for the session was Indonesian digital entrepreneur and partner at Nusantara Ventures Shinta Dhanuwardoyo (@shintabubu). She talked about Indonesia’s mobile subscriber penetration as now reaching 200 million out of the 240 million population, with 60 million mobile Internet users – and that is set to triple by 2015. Everything is done using the mobile phone, and it is the number one market in Asia for Foursquare, Twitter (19 million accounts) and Facebook (fourth globally). Interestingly, in Indonesia local phone makers are beating Apple, with user-tailored feature phones dominating. Blackberry is also a big success in Indonesia. She also talked about a campaign that her agency ran for Unilever brand Axe featuring a phone number squirted into a hotdog, which received more than 76 million calls.