Issue #66 of Geare magazine is out now and features a terrific article by Neerav Bhatt explaining Australia’s National Broadband Network, how it is being built and what it is trying to achieve. Neerav goes into detail about the fibre technology being used and the alternatives, the cost, and the implications for consumers. He stops short of describing the applications and services that will be possible on the NBN, but does point readers to A Faster Future for more information.

The third presentation at X|Media|Lab 2011 was from John Tarnoff, a former executive at Dreamworks and now the founder of Hollywood-based Newspeak Consulting Group. His presentation focused on people, talking about 21st Century citizenship and the emergence of a seamless industry of platforms and streams. Everyone is a participant in content creation these days, with content shaped by interaction between content and fans. The language created by Hollywood has gone global, and it will lose share of voice as a result, while individuals are self-organising into communities, rather than remaining in static audiences.

His presentation talked about the massive changes that he has witnessed in the content creation industry, and how these changes much be embraced. There is a demand for transparency that is a breath of fresh air, not a threat to traditional models. The new skills for the 21st Century citizen include being able to better brand and identify ourselves to make ourselves be appreciated – we are building personal brands, and if we are not, we need to get busy.  New skills needed include critical thinking, time management, and many more – we need to learn them and teach them to our children. While we have lost face-t0-face communication, we need to get involved in deeper levels of engagement both on and off the screen.

He also talked about the emergence of curation as an empowerment and community building tool. All of us who use social media are performing a selection and filtering process that is a form of leadership that can rally support aroound an idea. He said that we must strive to demolish silos, and we must invite their builders out to play, to build communities instead. He also recommended the book The Starfish and the Spider.

I’ll attending X Media Lab Global Media Ideas 2011 today, the Sydney outing of the global digital media and ideas conference and workshops. For many years Brendan Harkin and Megan Elliott have been gathering together the world’s most interesting thinkers and do-ers in the world of digital media. I’m hoping to live blog some of the sessions, but will be stepping out for some to film a series of videos for Creative Industries Innovation Centre.

After a welcome on behalf of the traditional owners of the land, and from the NSW deputy premier Andrew Stoner, the first presentation for the day was given by Tim Chang, principal of the Silicon Valley venture investor Norwest Venture Partners.  The firms is managing about US$4 billion in assets, and raised its last US$1.2 billion fund in 2009. The firm has funded more than 500 companies n its 50 year history, with 70 active companies in its portfolio today. Chang talked about the basis of venture investing, which represents the early-stage, high risk/high return part of the investment cycle. He talked about the VC sector has heated up significantly in the past couple of years, with some investors now looking to get into hot deals at any price. There are fewer stock market listings today though in comparison to the dotcom boom, and many companies do not have the equity to buy out VC-backed companies. This has created more space for a secondary market for companies like Digital Sky Technologies and Softbank, who are helping founders achieve liquidity earlier than they might otherwise. He also talked about the rise of the super angels who have moved beyond private investment to create their own investment funds for earlier stage investment, particularly in consumer-focused Web start-ups, and are filling in the gap as VCs have moved up into larger deals. His main message was that the traditional roles are changing, with half of today’s VCs having disappeared within five years as super angels step up.

He also talked about what VCs talk about after the pitch. He cited the three Ts – team, traction and tier-one co-investors. One of the questions he asks entrepreneurs is do they want to be rich of famous – meaning do they want control, or do they want to create shareholder value. Someone who wants to be rich may be more willing to step aside for someone more qualified. early stage VCs are talent scouts with cheque books. Later VCs chase momentum, and may push an investment to an early exit.

He also gave tips on what entrepreneurs should ask VCs, who are really just selling capital. Can they help build a team, can they bring in advisers and directors, do they know the market, can they help with product and positioning and open doors. Can they give some branding to attract follow-up funding. And most importantly, can they help manufacture an exit.

What’s next? Chang said we are moving from Web 1.0 to the idea of the Web being dead – the silos are going away, and layers are emerging in mobile, social, game mechanics, and so on, and the emerge of platform brands such as Facebook, AdMeld, FreeWheel, Zynga, Hulu, Tumblr, Groupon, Gilt, Mint, Lending Club and Fund DNA, and many more. Who to invest in? Look for who is selling the tools to enable these platforms to work. Content is kind, but distribution is God Almighty. Apps are moving more and more to a freemium model, with in-app monetisation now the preferred strategy. It is also worth looking at the Seven Deadly Sins as a source of motivation. Chang is also a big fan of game mechanics as a means of motivating people towards a desire outcome – beating a high score is a strong motivator. What would your life or your busienss look like if it was a game? The new acronym is MoSolLo – Mobile Social location.

What is not hot – systems and infrastructure; enterprise software; consumer and Internet site such as ad-only sites  and early social gaming ideas, group buying services, and Facebook, check-in and Twitter extensions. 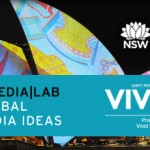 If you’ve not got yourself a ticket for X Media Lab’s Global Media Ideas conference day being held at the Sydney Opera House on June 10 then get in quick. For many years now XML has been the premiere event showcasing Australian and international digital creativity. Speakers this year include leading Silicon Valley investor Tim Chang, Human League and Heaven 17 founder Martyn Ware, Google Earth co-creator and Emdigo CEO Christopher Tanner and Gowalla business development manager Andy Ellwood. Hope to see you there!