A couple of weeks ago I compiled SmartCompany’s annual listing of the 12 most influential people in the Australian technology industry. It’s a difficult task, and regardless of the criteria set, leads to agonising decisions as to who makes it on, and who doesn’t. As such, you can only be certain that the people who are happy with it are the 12 that make it on.

It was also noted fairly quickly however by Angela Priestley from Women’s Agenda that as a representation of Australian technology influencers, it was heavily weighted in favour of men, with only one woman, Telstra’s Catherine Livingstone, making the cut. This was an issue that I grappled with while compiling the list, and there were many female contenders who for one reason or another were eliminated. Suffice it to say, leaders such as Microsoft Australia’s Pip Marlow and Intel Australia’s Kate Burleigh were high in the list of contenders, but didn’t make the final 12. Angela has since compiled a comprehensive list of influential women in IT, which you can read by clicking here.

The lack of women in positions of influence in the Australian tech industry is – sadly – nothing new. And it is possibly getting worse. While it is great to see women running four of the local branches of powerful multinationals (Burleigh at Intel, Marlow at Microsoft, Angela Fox at Dell and Maile Carnegie at Google Australia) there are few running locally-domiciled tech companies. The start-up scene is also bereft of female leaders, and with the retirement of AMP CIO Lee Barnett, we lose one of the few remaining women in senior leadership roles in the user community.

The issue has also been thrust back into the spotlight recently thanks to several stories detailing the discrepancy between the pay earned by men and women in the industry for performing equivalent tasks – something that needs immediate correction.

The sad fact is that young women are simply not choosing technology-oriented degrees to the same extent as young men, and the result is a technical cadre which is heavily biased towards men. Thankfully the team at Digital Careers have taken up the challenge of trying to bring more women into IT, as part of their overall mission to raise student uptake of technology degrees. It is also true that many technology leaders have come into the industry from non-technical backgrounds, with finance being a common qualification amongst modern CIOs.

But the truth is, until we see greater representation of women in IT, we are never going to have an IT industry that is as strong as it should be.

Technology is a rich and rewarding industry to work in. It is fast paced, pays comparatively well, and provides a wealth of opportunity for personal and professional development. And with technology so thoroughly embedded into our lives, its importance within society is surely only going to rise.

The importance of the technology industry to Australia is also hard to dispute. Which should be a worry to us all, when as an industry we are barely tapping into more than half the available talent. 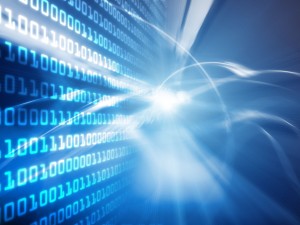 For the past couple of months I’ve had the pleasure editing and writing a set of pages for Business Spectator under the theme of Paths to Advantage. While the pages are sponsored by IBM, I’ve had free reign to speak to anyone, about anything, provided it is in relation to the concept of business transformation.

My view is that transformation is essential within Australian businesses if they wish to still be around in 2050. Its is fairly evident that the way many businesses operate and the services/products they offer will look very different by then, and it may take more than just gradual change to get them there – especially when the likes of an Amazon or Uber pops up to disrupt their market.

But where do they start?

So when kicking the series off, I had the chance to dive into one of the topics I’m most fascinated by – business culture – and the extent to which it drives or retards business transformation.

Peter Drucker nailed it when he wrote ‘culture eats strategy for breakfast’. What became clear in speaking to people for this article was that if the culture is wrong, it doesn’t matter how good the strategy is – the right people won’t get behind it, and it won’t happen. Its like the mission statement that everyone recites and no one believes.

Hence in writing this story, I examined the cultural factors that can lead to a successful business transformation. You can read the results by clicking here, but based on the many conversations required to research this story, my summary is this:

It all starts with a goal. That goal need only be partly defined – being too prescriptive upfront limits the eventual possibilities.

Strategy is important, but can only succeed if the culture is right. The best cultures emphasise cross-functional collaboration.

Culture is the product of behaviour. If management wishes to influence culture, it must behave in accordance with the culture it is trying to create.

Behaviour is driven by incentive. Rewarding people for the wrong behaviour will generate the wrong culture. This usually means rewarding people against new metrics such as customer satisfaction, rather than just sales growth.

Incentive is set through management. Therefor management must understand what behaviours to reward in accordance with its goal.

Get all of those things right, and transformation just might be possible.