Often we pundits in the media are far too quick to predict the demise of entire industry sectors at the hands of the Internet. In other instances, entire segments disappear without anyone really noticing, with the change only to be identified in hindsight. In this article for SmartCompany I chose four sectors that have been at some stage declared dead, and had a look at what those involved are doing to delay – or possibly avoid – that fate. 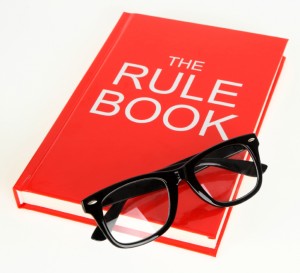 IT used to be easy. Well, at least easier. The CIO would set the policies for their organisation – which hardware to use, which software programs to load, etc – and users would do as they were told. After all, it’s not as though they could do much about it.

Some time in the 1990s the Internet began to change all of that. Web browsers gave users access to services that weren’t installed on their PCs, and enabled them to do things that weren’t just related to work. Some opposed giving workers access to the Web for fear of them spending their time surfing real estate and news sites. They were possibly right to be fearful – not of the lost productivity, but that they were opening the doors to a floodgate of other user demands.

These fears were realised when the first senior executive walked into their CIO’s office and demanded they be allowed to use their iPad at work.

Now CIOs find themselves responding increasingly to the demands of their users. Indeed, many of the biggest trends in IT today – cloud computing, bring-your-own-device policies and social media – are consumer-driven. It is the workers that have bought these concepts into the workplace, and it is the CIOs and IT system suppliers that have had to accede to their demands.

As this story for The Australian explains, perhaps it is the users of IT who are the real influencers in the IT industry today.