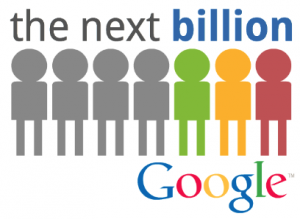 Late last year I was invited up to Singapore to hear about Google’s vision for connecting the next 1 billion people to the Internet. One third of the world’s population is now online, but Google expects there is plenty of scope for growth as services become cheaper and more far reaching.

The needs of the next billion Internet users may be very different from those of existing users, creating opportunities for new service providers who can meet those needs in low-cost, innovative ways.

In this story for the SMH IT Pro website I look at Google’s ambitions, and the opportunities that might exist for Australian entrepreneurs to create services for people in emerging online markets. It follows on from a theme I’ve explored in other stories – that Australian entrepreneurs must look to more markets than just North America is they are to maximize the opportunities that are out there, especially as the balance of economic power migrates west across the Pacific Ocean. Australasia’s prosperity is already tied to our north west neighbours when it comes to minerals and energy- the same may also be true for our information and services sector. 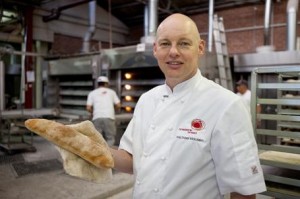 Along with the massive explosion that is taking place in global data volumes, a similar explosion is being witnessed in terms of the proliferation of devices that create that data. This goes beyond the rapid spread of smartphones and tablets, toinclude the tens of thousands of sensors of every imaginable kind that are being connected to the Internet every day, that take and report readings on an ongoing basis, usually unattended by humans.

Smart electricity meters are one visible example, but increasingly we are hearing about numerous types of environmental sensors that are being connected up, including at the Sydney bakery Brasserie Bread.

We call this evolving network the Internet of Things, and the underlying technology is described as machine-to-machine communication (m2m), and it was the subject of my cover story for the final edition of CIO Australia magazine for 2012.

Billions and billions of ones and zeros may not seem all the interesting, but when those bits of data contain information that might help someone make money, they become very valuable indeed. Crunching these billions of bits of data has come to be known by the term ‘Big Data‘ and it is a rapidly growing segment of the IT industry. The tools that are being used to analyse stores of Big Data are evolving rapidly also, and one of them – a technology known as in-memory computing – was the subject for my final story for 2012 for the SMH IT Pro website. It was a fitting topic, as investigations and explanations of data in all its forms will be a significant area of activity for me in 2012.

The beauty of Big Data is that its analysis can yield impressive results – in theory, at least. Theories and examples abound of how analysing Big Data  might yield information  on the progression of an epidemic. It can also be used to get personal – analysing large volumes of data relating to a single person (such as their purchasing habits) might yield great insights into their future behaviours  such as the programme run by Target in the US that could determine that a young woman was pregnant.

We are only at the very beginnings of a Big Data revolution. As we become more adept at wielding Big Data tools you can expect to see more and more examples emerge – particularly by marketing organisations, but also by governments to monitor their populations. Perhaps this is why the technology analyst firm IDC predicts that Big Data is a market that will be worth US$24 billion by 2016 – not bad for an activity that no one was talking about just five years ago.