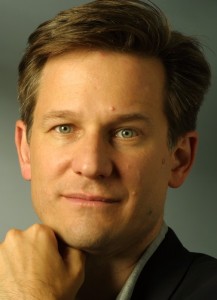 For anyone not lucky enough to have seen Robert Tercek at Digital Dirctions 2011 or X Media Lab, you’ve missed hearing from one of the world’s leading thinkers on digital media. Tercek’s career includes being involved in numerous ‘firsts’ when it comes to creating interactive entertainment, as well as a stint as president of digital media at the Oprah Winfrey Network, and in 2008 he was named a Fellow of the Royal Society for the Arts in recognition of his achievements in social media for the benefit of society.

Tercek was one of the key speakers in A Faster Future, providing insights into both the digital entertainment industry and the changes being wrought by digital commerce generally. In this extact published on iTnews.com.au, he talks about how the Internet has made certain products such as music and filmed entertainment ‘weighless’ by reducing them to just information, and warns that many other industries face this same fate.