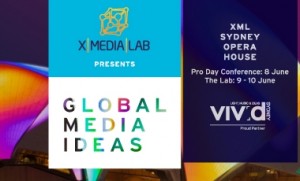 I’ve lost track of how many X | Media | Lab events I’ve now attended, and each has been remarkable for the quality of speakers that it has assembled. This year’s event in Sydney promises to be no different. After a Welcome to Country address by Gumaroy Newman and further welcome by NSW Deputy Premier Andrew Stoner MP the program kicked off with a presentation by Hollywood entertainment and new media lawyer Ken Hertz (@kenhertz), who is also a principal with memBrain.

Herrtz’ represents performers for a living, and his presentation titled Music, Marketing & Money – A Case for Curation started by posing the question of why Kodak – the 100 year old company that built the personal photographic industry and filed for bankruptcy protection earlier this year  – didn’t create Instagram, the company that was bought by Facebook for US$1 billion. He asked why, given the angst the digitization bought to the music industry, did no one feel the same way about Kodak? He discussed the decline of revenue in the recorded music industry, and amongst his observations were that selling music is not a business, but music is the best way to sell other stuff. The reason there was little outcry about the fate of Kodak was that while people will fall in love with recording artists, no one falls in love with a can of photographic film. He also criticised the music industry’s response to digitisastion, likening it to the way that the railway companies lobbied the US government to ban the internal combustion engine and curb public highway development funds 100 years ago. He also talked about artists are being uncovered in unusual ways, and how they are now using services such as KickStarter to fund their productions.

His final message – thanks to the Cloud, we now have access to all the music that we want, when we want. But in a friction-free world, friction is where the money is.