I spent the first part of this morning in the audience of the Australian Centre for Retail Studies (ACRS) Global Retail Insights report. The event started with a presentation from Dr Sean Sands from the ACRS, who discussed cross-channel activity and how spending and customer behaviour are moving from traditional channels to newer media channels. He also highlighted the propensity for consumers to undertake online research before making a purchase, using online services such as websites and search engines, particularly through mobile, before heading out to a shopping mall. In terms of purchasing, the physical store still reigns supreme, with retailer and manufacturer websites ranked third and fourth.

He also talked about mobile and the way that it was changing the game once more, such as through enabling consumers to do on-the-spot price comparisons in-store. The number of consumers who access retail websites through their mobile phone has grown from 24 percent last year to 33 percent now. He also talked about social media, and the fact that 40 percent of people who “like” a Facebook page do so to seek discounts and promotions, but many do so to learn more, stay informed, and get access to entertainment and exclusive content. Dr Sands also discussed location-based services, specifically Facebook’s check-in facility that enables people to redeem coupoons through their mobile phone.

Looking forward, he said trditional retailers saw integration of online systems with existing business models as being the biggest challenge, particularly for franchise operators. While 45 percent of investment will be in advertising and promotion, 41 percent of investment will go into enabling online selling. He also highlighted the use of video, particularly at Marks & Spencer, that has created videos about both its products but also the stories behind them, and French Connection’s Youtique video site. And he showed the Lego augmented reality experience, which uses AR to show what a toy looks like once its assembled.

The second presentation was from Andrew Eckford from Google Australia, who talked about the recent move by many Australian retailers to get online in a serious way. The growth of shopping related search queries hit 35 percent last year, and is much higher in some categories. On mobile devices the number of shopping-related queries as a percentage of the total searches grew from 2.5 percent in January 2009 to around 17.5 percent by December, and 50 percent of Australians will have access to a smartphone by the end of 2011. Mobile devices can bring consumers closer to retail content and services when they need them.

ACRS’ Carla Ferraro discussed specific research around green consumers, while Salmat’s Sean McDonell discussed multichannel strategies, and the fact that things are only going to get faster. He also touched on how traditional retailers can balance their new investment in multichannel strategies against their existing investment in bricks-and-mortar retailing. He said the first step was to recognise that there was a change, and some retailers contended that they would reduce their retail space, or re-dedicate it to collection facilities or other ways of supporting their online activity. Once again however, the key theme was the rise of mobile and its importance as both a mechanism for building a connection to customers and driving transactions. 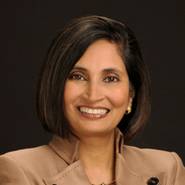 Am currently attending Cisco Live, a gathering of 2600 partners and customers being hosted by the giant network equipment maker Cisco. The event kicked off today with a keynote presentation from Padmasree Warrior,

Warrior talked about a number of technology trends, focusing on collaboration and use of video on the Internet, along with the architectural shift that we are seeing technology models brought on by virtualisation and cloud computing. Many of her comments echoed themes that are discussed in A Faster Future, particularly in how we work.

“In the future, people will not be going to work, they will simply do work,” Warrior said.

She also talked about the merger of the Internet and mobile technology. She said the network is no longer about data transport, it is about enabling compelling experiences, and hence requires a lot of technological transformation as it moves from being a messaging platform to a real-time collaboration platform. Amongst the areas that Cisco is focusing on are enabling connectivity between data centres and other infrastructure resources, providing awareness of the context of end users, driving resource awareness within networks and better providing and managing service level agreements. Much of this supports the drive to cloud computing and is designed to help organisations innovate at the top layer rather than worrying about the infrastructure.

The most interesting comments however related to Cisco’s evolution from a products companny to an ‘architecture’ company focused on delivering complete outcomes for companies. It’s a big shift for an organisation whose considerations used to be about building faster and more powerful devices. Now it is more focued on how customers use these devices, lookingless  at the outcome of the device’s implementation and more at what the business was trying to achieve in the first place. She said the company is experiencing strong growth for this concept in the small business arena, where businesses don’t want to worry about architectures themselves, but just want to get on with the job.

The article I penned for SmartCompany (below) on technology trends identified in A Faster Future caught the eye of a few folk, including prominent Australian writer and podacster Stilgherrian. Hence this week I was the subject of his weekly Patch Monday podcast for ZDNet, talking in more detail about some of those trends – particularly the rise of video and the need to equip both business and society with the tools to take advantage of the changes that are coming. Anyway, you can listen to the interview by clicking here or downloading it into iTunes.

While researching A Faster Future Janelle and I uncovered a great number of technology-driven trends that are sure to impact business in the coming years. Some are obvious, such as the rise of collaboration tools and video, others are more subtle, such as the increasing desire of consumers for instant gratification.

In this article for SmartCompany I highlighted ten of the trends that business needs to be thinking about, illustrated with quotes from some of the many speakers in the book.